On November 7, the China Iron and Steel Association said that in October, affected by the country's steady growth policy measures, the market is expected to rise, and the release of steel production capacity remains at a high level, driving demand for iron ore and rising prices. The post-market will soon enter the low season of Q345C seamless steel pipe consumption, steel output will decrease, iron ore demand intensity will decline, and prices will not continue to rise, will be slightly fluctuating.

Steel production began to decline. According to the statistics of the Iron and Steel Association, in the first half of October, member steel enterprises averaged 1,798,300 tons of crude steel per day, and estimated that the country's daily production of crude steel was 2.5082 million tons, down 7.13% from September; the estimated daily production of iron was 2.033 million tons, 9 The month fell by 8.12%. Affected by the decline in steel production, the demand for iron ore has also decreased. 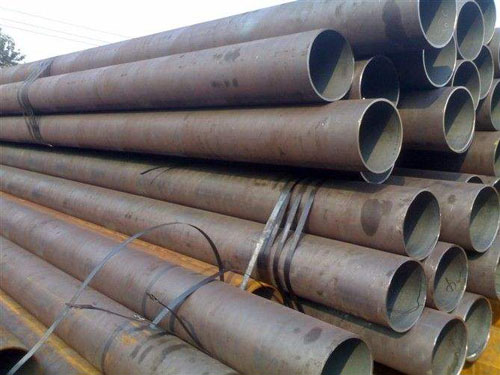 From the price trend of Q345C seamless steel pipe, due to relatively stable demand, supply pressure is relatively large. According to the Iron and Steel Association, at the end of October, China's Q345C seamless steel pipe price index (CSPI) was 121.72 points, up 0.08 points from September, an increase of 0.07%, showing a narrow range of fluctuations. According to the National Bureau of Statistics, China's manufacturing purchasing managers' index (PMI) was 50.2% in October, down 0.6% from the previous month, with the production index and the new order index dropping by 1.0 and 1.2 percentage points respectively. It is expected that the price of iron ore will not continue to rise in the later period and will fluctuate slightly.

In October, due to the fluctuation of raw material prices, the cost support for the later steel prices gradually increased; the social stock of Q345C seamless steel pipe first rose and then fell, especially the building materials inventory pressure decreased; and the mid-November heating season limited production will have The release of steel capacity will be restrained; but due to the winter in the north, demand will shrink and supply and demand will be improved. It is expected that the Q345C seamless steel pipe market will show a high level of volatility in November.