As of the 29th, the steel price in June showed a volatile operation. The steel comprehensive price index rose by 0.96% month-on-month. In terms of varieties, the long product price index rose by 1.58%, and the flat steel price index rose by 0.23%. The iron ore composite price index rose by 0.98% month-on-month, basically in line with expectations. Looking ahead to the steel market in July, affected by special events and concerns about domestic macro-levels, the steel market will show a weak and volatile operating situation.
From the perspective of demand, the seasonal demand decline may not be as large as expected. July is the traditional off-season demand for steel, especially the impact of the rainy season. Normally, it will bloom in early July. As early as June, many people worried that the rain would affect demand. From the data of the five major product weekly production statistics of June Steel, the number of steel mills' inventory and social stocks fell from 1,542,230 tons to 1,488.91 million tons, from 1,005,500 tons at the end of May. It can be seen that even under the influence of the Meiyu, the demand has maintained a certain level. Of course, in the last two weeks of June, the increase in steel inventories was 600,000 tons, which did reflect the impact of the plum rain to a certain extent. From the production of the five major products surveyed by the Steel Union, there are two weeks after June. The rebound. Therefore, the impact of the plum rain is relatively limited. Even taking into account the effects of high temperatures, the author looked at the apparent consumption data of threads and wires for the three months from 2014 to 2017, and the relative consumption of thread and wire in July over the past four years. In June, the chain was reduced by 138.57, 163.05, 158.24 and 456,400 tons respectively. The author estimates that the apparent consumption in July 2018 may fall between 50 and 1 million tons. From the steel PMI index, the new orders index in June was 52.7%, up 1.1 percentage points, still in the expansion range, the new export orders index rebounded 7.2 percentage points to 49.7%, the exchange rate depreciation was favorable for exports, and the entire manufacturing new order index was 53.2%. , also in the expansion area. The market is likely to be under pressure before the data is falsified.
The biggest concern for everyone is the decline in consumer demand for real estate and infrastructure. Concerns about real estate are mainly changes in the shed reform policy. The project approval authority is reclaimed from the head office of the China Development Bank. The shed reform plan that has been signed will continue to be implemented, but in the future it will be based on physical resettlement. The adjustment of policies has a high probability of affecting the demand for steel for real estate in the future, but has limited impact on the short-term. From January to May, the construction area of real estate development enterprises was 684.991 million square meters, up 2.0% year-on-year. The growth rate was 0.4 percentage points higher than that in January-April; the newly-built housing area was 721.9 million square meters, up 10.8%, and the growth rate was increased by 3.5. Percentage points. This is enough to support a small increase in demand for short-term real estate steel. As for infrastructure, although de-leverage has an impact on infrastructure investment, stock infrastructure projects should not cause a significant fall in short-term demand, nor will it appear as “Waterloo”.
From the perspective of supply, it is expected to fall back slightly. In June, the capacity utilization rates of short and long processes declined slightly, and whether it was to prevent the resurgence of the strip steel, or to look back at the environment, with the exposure of a series of events, the high pressure situation of the supply has not changed, or even local The area has increased; some normal and abnormal maintenance will also affect supply to a certain extent. Of course, there are also some enterprises, or take the inspection team to leave the machine, and they are doing a lot of work; and some steel mills in Xuzhou have resumed production in mid-July (the production should be a process), which will bring a little to the market. pressure.
The impact of tariffs from Sino-US trade is expected to be the biggest uncertainty. Since March, the United States has pursued unilateral tradeism, which has not only led to trade disputes between China and the United States, but also led to a game between major economies, which has brought a strong impact on the market. In the past period of time, not only saw the limit of the thread contract on the commodity futures market on March 23, but also saw the collapse of the threaded futures on June 15. On July 6, China and the United States will start to add 34 billion commodity tariffs. The next 16 billion yuan, whether there are more new games, will be an important concern affecting the July market. The author believes that the negative emotions are basically released, and then the substantive impact and its transmission. For China's steel industry, the direct impact should not be very large. In 2017, China's exports of US steel will also be 1.18 million tons. The impact of entrepot trade exports is not large, but it may have some impact on the indirect exports through downstream terminal products. Of course, whether the subsequent conflicts will intensify and the resulting new emotional shocks and substantial impacts will be highly uncertain.
Although liquidity is relatively stable at the end of June, the risk spread caused by the credit crunch cannot be ignored.
In short, in July, the steel market will face a slight downward pressure under the game of fundamental fundamentals and macro-level vacancies. However, the intermittent small adjustment of the market is more conducive to enhancing the confidence of the market and laying the foundation for future growth. 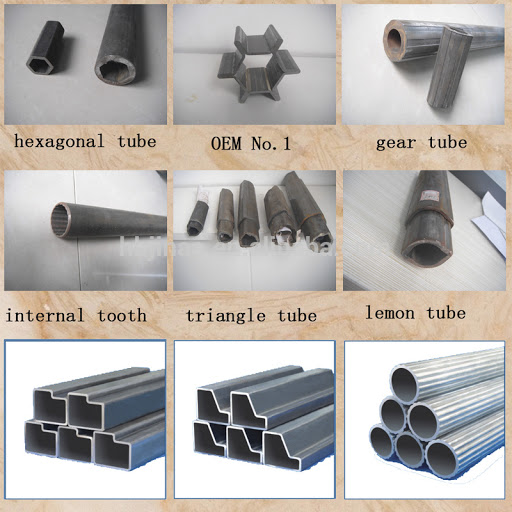